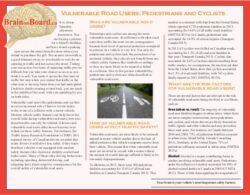 It is a busy Saturday afternoon downtown. You are buying a present for a friend’s birthday and have found a parking spot across the street from the store where you intend to purchase the gift.

The nearest crosswalk is a good distance away, so you decide to wait for an opening in traffic and run across the street. Timing your run across two lanes of opposing traffic proves difficult, but you take your chance as soon as you think it is safe. You make it across the first lane of traffic but stop when you realize that traffic in the other lane is moving faster than you had anticipated. Unable to finish crossing or turn back, you are stuck in the middle of the road, with cars speeding by you on both sides.

Active road users like pedestrians and cyclists are at an increased risk of fatal or severe injury in the event of a collision with a motor vehicle. Modern vehicle safety features can help lower the overall risks facing vulnerable road users, however these benefits can only be realized if drivers and vulnerable road users alike do not become over- reliant on those safety features. For instance, the Traffic Injury Research Foundation’s (TIRF) 2011 national survey of Canadian drivers revealed that many drivers would drive less safely if they knew that their vehicles were equipped with modern safety features like electronic stability control and brake assist. Many of these risky driving behaviours including speeding, distracted driving, and tailgating have direct negative consequences for the overall safety of active road users.

Who are active road users? 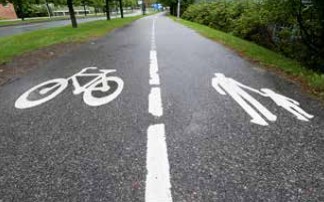 In 2013, 62 cyclists were killed on Canadian roads, accounting for 3.2% of all road user fatalities in that year (Transport Canada 2015). Cyclists also accounted for 4.6% of serious injuries resulting from traffic crashes. As a comparison, the most recent data from the United States show that cyclists accounted for 2.3% of road crash fatalities, with 743 cyclists fatally injured in 2013 (NHTSA 2013b).

What are the risk factors for active road users?

There are several factors that are relevant to the risk of active road users being involved in a collision, such as:

Area (urban vs. rural): The majority of active road user fatalities happen in urban areas, where there are more complex intersections, more pedestrians and cyclists, and where drivers are likely focused on traffic signals and other vehicles and may not notice these road users. For instance, in Canada between 2004 and 2008, 75% of pedestrian fatalities occurred in urban areas. (Road Safety Canada Consulting 2011). Similarly, in the United States, 73% of pedestrian collisions occurred in urban areas (NHTSA 2015a)

Alcohol: Alcohol is a major contributing factor in crashes involving active road users. Pedestrians under the influence of alcohol accounted for 40% of alcohol-related deaths in Canada in 2008 (CCMTA 2013). There is little data regarding the magnitude of alcohol impairment among seriously or fatally injured cyclists in Canada. However, in the United States, 20% of cyclists killed in 2013 had a BAC of 0.08% or higher (NHTSA 2013b).

Time of day: Between 2004 and 2008, more than half of pedestrian fatalities (60%) in Canada occurred at night or under low light conditions (Road Safety Canada Consulting 2011). Since there are fewer pedestrians at night, these rates of pedestrian fatalities and injuries show that they are truly over-represented. In contrast, for cyclists 34% of fatal crashes occurred in dark conditions (Road Safety Canada Consulting 2011). As a comparison, in the United States 22.0% of collisions in 2013 occurred between 6:00 and 9:00 p.m., while 27% of collisions occurred between 9:00 p.m. and 6:00 a.m. (NHTSA 2015b).

Cell phones and mp3 players: Auditory cues that indicate important safety information to pedestrians and cyclists may be missed if they are having a conversation on a cell phone or listening to music. Overall, pedestrians behave less safely when talking on cell phones while walking, thereby increasing their risk of crash involvement (Hatfield and Murphy 2007). The use of cell phones, mp3 players, and other technological devices also puts cyclists at increased risk of being involved in a collision. A recent study of cyclists in The Netherlands found that teen and young adult cyclists were significantly more likely than older cyclists to use cell phones or other distracting devices while cycling, and that the use of these devices resulted in 1.6 – 1.8 higher odds of being involved in a crash (Goldenbeld et al. 2012).

Driver factors: Speed is one of the most important factors in collisions involving active road users (Heinonen and Eck 2007). The chance of a pedestrian being hit by a vehicle increases as speed increases, since drivers are less likely to see vulnerable road users, react, and stop in time. In addition, as speed increases the severity of any injuries sustained by the vulnerable road user also increases, since collision energy is mainly absorbed by the lighter body (ERSO 2006).

Which active road users are most likely to be involved in a collision?

Certain profile characteristics are associated with a active road user’s elevated risk of being involved in a collision with a motor vehicle:

Sex: Males are over-represented in both pedestrian and cyclist collisions. In Canada in 2010, males accounted for 61.7% of all pedestrian deaths (TIRF 2013). This disparity also holds true for cyclists, among whom males accounted for 90.9% of cyclist deaths in 2010. Data for 2013 in the United States reflects similar patterns. Among pedestrians, males represented approximately 68.6% of fatalities (NHTSA 2015a) and among cyclists, males represented approximately 86.9% of fatalities (NHTSA 2015b).

The primary reason why active road users are vulnerable is that they lack the mass, speed, and the physical compartment of a vehicle that protects drivers and passengers in a collision. When crashes occur, active road users are likely to suffer significantly more overall harm than drivers of a vehicle. As more and more vehicle safety features become standard on new vehicles, it is increasingly important for active road users to remember that vehicle safety features cannot reduce their vulnerability on the road. It is still necessary for pedestrians and cyclists to remain vigilant, behave safely, and to be aware of their vulnerability. 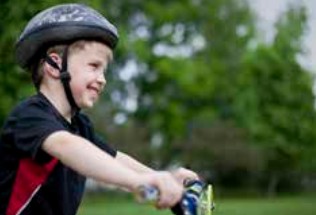 Vehicle safety features like anti-lock brakes (ABS), brake assist, and traction control are designed to help drivers stop their vehicle more effectively and to help them retain steering control after an episode of heaving braking. Other vehicle safety features like frontal collision warning systems and lane departure warning systems alert drivers if one of these potentially dangerous situations is detected. These safety systems promise to help improve overall road safety when combined with safe driving practices. In some cases, these safety features may help prevent vulnerable road users from being hit by a vehicle, or may help lessen the overall harm sustained by vulnerable road users in the event of a collision. However, these features can only benefit vulnerable road users if they are combined with safe road use practices by everyone who shares the road. To illustrate, brake assist can provide extra braking support to drivers who need to make an emergency stop. However the benefits of brake assist are limited if drivers are distracted and brake later, thereby giving the advanced safety system less time to work and reducing the odds that a collision can be avoided. The benefits of brake assist are limiting in the same way when pedestrians or cyclists behave erratically or unexpectedly, leaving drivers with less time to react.

Every safety feature has functional and/or design limits like the ones just described. Speed, distraction, impairment, and unsafe behaviours on the part of pedestrians and cyclists can seriously undermine the performance of safety features and easily negate the benefits of having safety features.

How can active road users lower their risk of collision?

There are several solutions and countermeasures in place to help active road users lower their risk of being involved in collisions:

Visibility: Increasing the visibility of pedestrians and cyclists through the use of, for example, reflective or fluorescent clothing, reflectors, and light or bright helmets for cyclists could help drivers detect these road users more easily and potentially decrease crash risk.

Bicycle helmets: Opinions are divided on the overall benefit of bicycle helmets. Although they have been linked to reductions in head injuries, this has not been definitely proven. Nevertheless, helmets are the only protective device available for cyclists and their use is mandatory in several Canadian provinces. In addition to protecting against head injuries when used properly, helmets may also increase the visibility of cyclists.

Education: Public awareness campaigns aimed at pedestrians and cyclists to increase knowledge and to motivate changes in behaviour have had some positive effects. Programs include education, pedestrian safety messages, public service announcements, and pedestrian safety workshops for children and older populations.

Technology: Various technological methods are currently in use to minimize the risk of crashes with vulnerable road users. These methods include cross- walk countdowns (IIHS 2008) and adding flashers to yield signs (Van Houten et al. 2008). In addition, some changes are being considered in vehicle design to help reduce the severity of crashes with vulnerable road users, including flexible bumpers that absorb more energy on impact (IIHS 2008).

Where can I find more information about active road users?

Active road users are the subject of growing amount of road safety research. Walking and cycling are often encouraged as good forms of exercise, therefore helping to ensure the safety of active road users is an issue of increasing importance on the agendas of researchers and policy makers. TIRF’s 2008 Road Safety Monitor (RSM) – a national poll designed to gauge public opinion on a variety of road safety issues – was dedicated to exploring road safety trends, risk factors, and the effectiveness of various countermeasures associated with vulnerable road users. This RSM, as well as TIRF’s other research, can be accessed at www.tirf.ca.

Transport Canada has both supported TIRF’s research on active road users and released their own information on the safety of pedestrians and cyclists on Canada’s roads. This research can be accessed at www.tc.gc.ca.

Finally, the National Highway Traffic Safety Administration (NHTSA) and the Insurance Institute for Highway Safety (IIHS) in the United States have researched and published a variety of reports, statistics, and fact sheets concerning active road users. These publications can be found at www.nhtsa.gov and www.iihs.org respectively.