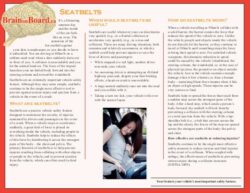 It’s a blistering summer day and the inside of the car feels like an oven. The sensation of the hot seatbelt against your skin is unpleasant, so you decide to leave it unbuckled. You are driving at 40km/h on a seldom-used road when a deer suddenly darts out in front of you. A collision is unavoidable and you hit the animal head-on. The force of the impact launches your un-belted body forward into the steering column and toward the windshield.

Seatbelts are an extremely important vehicle safety feature. Although they may seem simple, seatbelts continue to be the single most effective tool to prevent against serious injury and ejection from a vehicle in the event of a crash.

Seatbelts are a passive vehicle safety feature designed to mimimize the severity of injuries sustained by drivers and passengers in the event of a crash. When a vehicle stops or accelerates suddenly, a great deal of force is placed on everything inside the vehicle, including people in the vehicle. Seatbelts help to reduce the effects of this force by distributing it across the strongest parts of the body – the chest and pelvis. The primary function of seatbelts is to help prevent injuries resulting from colliding with other objects or people in the vehicle, and to prevent ejection from the vehicle, which can often result in fatal injury.

When would seatbelts be useful? 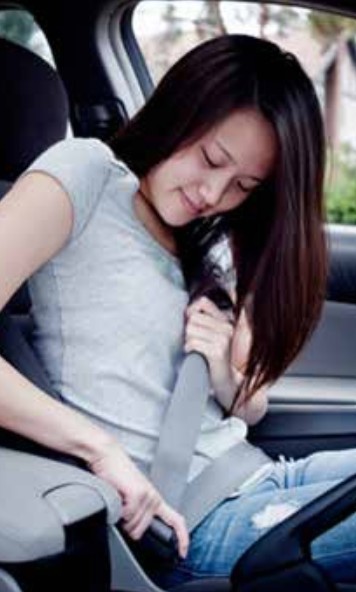 How do seatbelts work?

When a vehicle travelling at 50km/h collides with a solid barrier, the barrier creates the force that reduces the speed of the vehicle to zero. Unlike the vehicle, people and objects inside the vehicle do not directly hit the barrier, so they continue to travel at 50km/h until something stops the force to bring their speed to zero. For unbelted vehicle occupants, this dramatic reduction in speed could be caused by the vehicle’s dashboard, the steering column, the windshield, or, in the case of physical ejection, the ground or an object outside the vehicle. Just as the vehicle sustains crumple damage when it hits a barrier, so does a human body—sustaining blunt-force trauma when it hits an object at high speeds. These injuries can be very serious or fatal.

Seatbelts help to spread the forces that result from a sudden stop across the strongest parts of the body. After a hard stop, which sends a person’s body forward, the seatbelt will lock thereby preventing a collision with the steering column or a total ejection from the vehicle. With a lap- shoulder belt (i.e., a belt that crosses across the lap and the chest), the forces of the stop are spread across the strongest parts of the body: the pelvis and chest.

How effective are seatbelts at reducing injuries?

Seatbelts continue to be the single most effective safety measure to reduce serious and fatal injuries in the event of a collision. When coupled with airbags, the effectiveness of seatbelts in preventing serious injury during a collision increases (NHTSA 2009).

Could seatbelts cause injuries?

Depending on the force of the collision, seatbelts can cause comparatively minor injuries to belted vehicle occupants. As a crash becomes more forceful, belted drivers and passengers are propelled forward at a faster speed. In these cases, it takes more force from the seatbelt to counteract the force of the propulsion, and this can result in discomfort and external bruising. However, the extent of the injuries sustained by unbelted vehicle occupants would likely be much more serious.

Seatbelts are currently complemented with a variety of other safety systems, and more sophisticated interior systems are currently being designed. In the near future, drivers can expect significant safety advances that address the reduction of injuries in the event of a crash, including the following:

Airbags: Most vehicles have at least frontal airbags, and many have side-impact airbags and back-seat airbags. When used in combination with seatbelts, airbags help to further reduce the severity of injuries in a crash (NHTSA 2009).

Windshields: In the event of a crash, the safest place for drivers and passengers to be is in the vehicle. Windshields help prevent ejection and roof collapse in the event of a rollover. Drivers are strongly encouraged to maintain their windshield, as cracks can reduce its overall integrity and prevent the windshield from providing the most protection.

Do seatbelts have any limitations?

Yes. Like other vehicle safety systems, drivers must use their seatbelt appropriately and drive safely in order to gain the most benefit from wearing the seatbelt. Using the seatbelt appropriately means wearing it so that it fits snugly across the hips, chest, and shoulder. Driving safely with the seatbelt involves understanding the functional limits of seatbelts and refraining from engaging in dangerous driving behaviours that make crashes more likely, for example, speeding, distracted driving, and fatigued driving.

Seatbelts must be fitted properly in order for them to work. In fact, seatbelts that are used improperly will not only be less effective at reducing the severity of injuries sustained in a crash, but could also cause further injury that otherwise would not have been sustained if the seatbelt had been worn properly. For instance, tucking the shoulder belt under the arm will have this effect: in a crash, the upper body will bend forward at the lap causing the head to hit the inside of the vehicle. Since the force of the crash is mostly isolated to the lap, the belt will press into the abdomen causing potentially fatal internal injuries (Transport Canada 2007). With regard to proper seatbelt use, additional precautions must be taken by pregnant women and children under 12. For further information on proper seatbelt use, visit Transport Canada’s website at www.tc.gc.ca.

Seatbelts cannot prevent crashes from occurring, so the onus is on drivers to remain attentive and aware in order to help prevent crashes. Certain driver behaviours can make crashes more likely and put undue strain on seatbelts in the event of a crash. In particular, excessive speed can affect a seatbelt’s performance by making it more difficult for the belt to prevent front-seat occupants from colliding with the vehicle interior. Excessive speed can also exaggerate any injuries that belted vehicle occupants sustain from the seatbelt itself. For example, the higher the speed, the more the lap belt will press into the abdomen in the event of a collision. 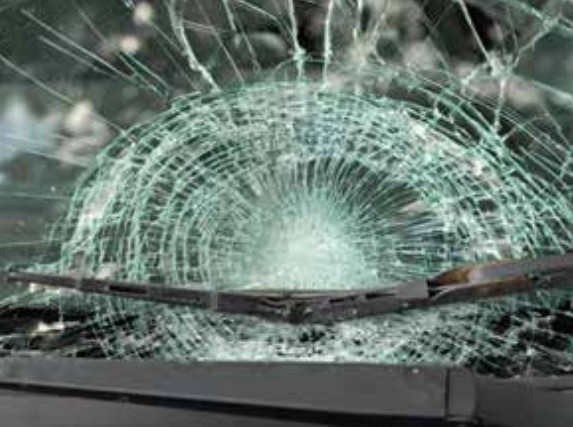 In addition, studies have revealed that drinking drivers are both more likely to be involved in crashes and also less likely to be wearing a seatbelt (Foss et al. 1994; Williams & Shabanova 2002). In fact, legally intoxicated drivers (i.e., drivers with a blood alcohol concentration (BAC) of 0.08 or higher) are about one-third less likely to wear their seatbelt (Foss et al. 1994). The combination of elevated crash risk and lowered seatbelt use greatly increases the likelihood of sustaining serious or fatal injuries. One reason why drinking drivers are less likely to use their seatbelt may be that alcohol-impairment affects the ability to use good judgment and make smart decisions, one of which is the use of a seatbelt.

How many road users wear their seatbelts?

Seatbelt usage was an issue of primary concern for several decades in the road safety community. Large-scale efforts were made to help educate drivers on the benefits of seatbelts and to encourage them to wear seatbelts. In addition, in the mid-1980s provincial and territorial governments began mandating the use of seatbelts. Every province and territory in Canada now has a primary seatbelt law, which means that law enforcement officers can pull over a driver because of the non-use of a seatbelt (secondary laws, on the other hand, require that some other infraction be the cause of the traffic stop). Fines are issued and, in parts of Canada, demerit points are also issued for the non-use of seatbelts. In 1976 Ontario was the first province to legislate that all passengers over the age of 15 must wear a seatbelt.

Where can I find more information?

Transport Canada has been conducting research on seatbelt use and has published several fact sheets and reports on the rate of seatbelt use in Canada, trends among Canadian seatbelt users, and on proper seatbelt use. These publications can be accessed at www.tc.gc.ca.

In addition, the National Highway Traffic Safety Administration (NHTSA) in the United States has conducted research on topics similar to Transport Canada with regard to seatbelt use. NHTSA’s research is located at www.nhtsa.gov.